Third. (Probably the thing I think is most important.)

How long is it taking you to adjust to what’s going on around you? To me, this is by far and away, the characteristic that makes for the best hitters. Remember that whole “every pitch has its own identity thing?” Well, on any given day, at any given time, the worst pitcher in the world, can get the best hitter walking this green earth, out. As a matter of fact, it will probably happen more than once. That’s how hard hitting is.

So many variables. Pitch sequence. Defensive alignment. Bad umpires. Your girlfriend broke up with you. Whatever.

How good are you at making adjustments, regardless of all the stuff going on around you? If you can make a couple bad outs, against a certain pitcher in a game, and then face him a third time, or on another day, and make an adjustment, to be able to get yourself a pitch you can handle, that is the mark of a great hitter.

If you keep making outs the same way against certain pitchers, or even certain types of pitchers, then, you’re not that good. Period. I’ve said this before, baseball is a battle of attrition. Can you figure out how to survive the battle?

Fourth. Right up there with number three in terms of importance.

How bad do you want to be good?

That wording is misleading, I think. How much do you want it? How good do you want to be?

(This is Tewks in 2010… pissed off because he couldn’t feel something with the swing.)

I’ve resigned myself to the fact that people become as good as they want to be in every facet of life. Since baseball players come in all shapes and sizes, there’s no one in the world that can tell me that a physical limitation can stop someone from being good.

If you’re big and strong (and slow), get good at hitting the ball hard and far. If you’re smaller in stature, get good at handling the bat, and being fast. Heck, if you can’t hit, get really good at playing defense. If you can’t do either one of those things, figure out how to get people out, and become a pitcher.

There’s a place for all different types of athletes in baseball. Oh and non-athletes too (I guess you have to have some athleticism, but I’ve seen plenty of guys that don’t really scream athlete, on a baseball field).

The only way you can get good, is by trying. Work at it. You might have to work harder than somebody that’s a little more gifted than you are, but hey — that’s why they say life’s not fair.

Know what makes you good. Do it all the time. Get so incredibly, boringly consistent at the thing that you’re good at, that when you don’t do it, everyone around you is shocked.

All the while, work at the things you’re not so good at. Shockingly enough, you’ll probably get better at them. You might never be great at them, but I bet you’ll surprise the heck out of yourself.

When everything is said and done, you have to believe in who you are. Confidence can go a really long way in this game. That’s a fact.

Nobody has ever achieved anything in the world that didn’t think they could do it. You think the iPhone that’s sitting next to you, or that you’re reading this on would exist, if Steve Jobs and the people at Apple didn’t think it was possible?

Obviously, the answer is no.

The phrase I like to use is this one: be ignorantly arrogant. Every time you set foot on the field, believe that you are the the guy that gives your team the best chance to win at whatever you’re doing. When you’re done doing that, evaluate how you were. Be honest. Did you do the things that you thought the best player on the field would have done? Don’t be bias, or make excuses. Be objective.

If you were, then great. Go do it again. And again, and again. If you weren’t, then figure out what you could have — should have done, to feel like you were. Heck, if you were the best player out there, go work even harder because someone — somewhere — was probably better than you today.

I was reading a story a while back. It was probably about Tom Brady (because I have a huge man crush on him, and let’s face it everybody should), or Derek Jeter. Or Joey Votto. Or Tony Gwynn. Or whoever. Those guys are all one and the same in my book.

It went something like this (and I’m paraphrasing here):

What makes the truly great athletes special is their incessant desire for more. There’s never a time where they are satisfied with how good they actually are.

It’s a vicious cycle, I guess. If you think you’re actually good while you’re doing something, you probably stop trying to get better. The people that become the greatest at things, probably never believe the hype enough to think that they’ve accomplished anything, and make it their never ending mission to be better, regardless of how good they were on any given day. They definitely carry that swagger with them, but it probably stems more from the fact that they know self doubt, and insecurity — in the moment — probably don’t lead to good outcomes

They understand that athletes — in particular — are never judged by yesterday, but by tomorrow. When Tom Brady walks out on the field, he definitely believes he’s the best guy for the job.

If he goes 37-for-38 for 492 yards, and 5 touchdowns, he’s probably content, but still thinks it could be better. It’s just how he is. He probably thinks that if he doesn’t go do it again, then it didn’t mean anything in the first place.

So how good are you?

I don’t really know. Probably not as good as better. 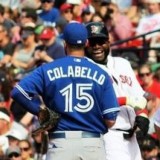